Use the cf-operator pattern to package, deploy, and manage Kubernetes native applications.

Cloud Foundry is an open source cloud application platform that makes building, testing, deploying, and scaling applications easier and faster. It provides a choice of clouds, developer frameworks, and application services. The open source project is available through a variety of private cloud distributions and public cloud instances, including IBM Cloud.

Allow about 15 minutes to read this article and try out the example.

Overview of the cf-operator pattern

cf-operator is a Kubernetes operator pattern to package, deploy, and manage Kubernetes native applications. These applications are both deployed on Kubernetes and managed by its APIs and the kubectl command-line tool. The operator automates installation, self-service provisioning, and maintenance of the application.

To install and manage your applications that run on Kubernetes clusters, the operator uses a custom resource definition (CRD) file to extend a set of cohesive APIs and a controller pattern that enables the operator to reconcile the current state of the Kubernetes system to a desired state. The CRD allows you to define the application resources including configurations and orchestration. The controller watches the resource instances and invokes the reconcile loop to arrange your application into a desired state. For example, the deployment controller will create new pods when you scale up deployment. 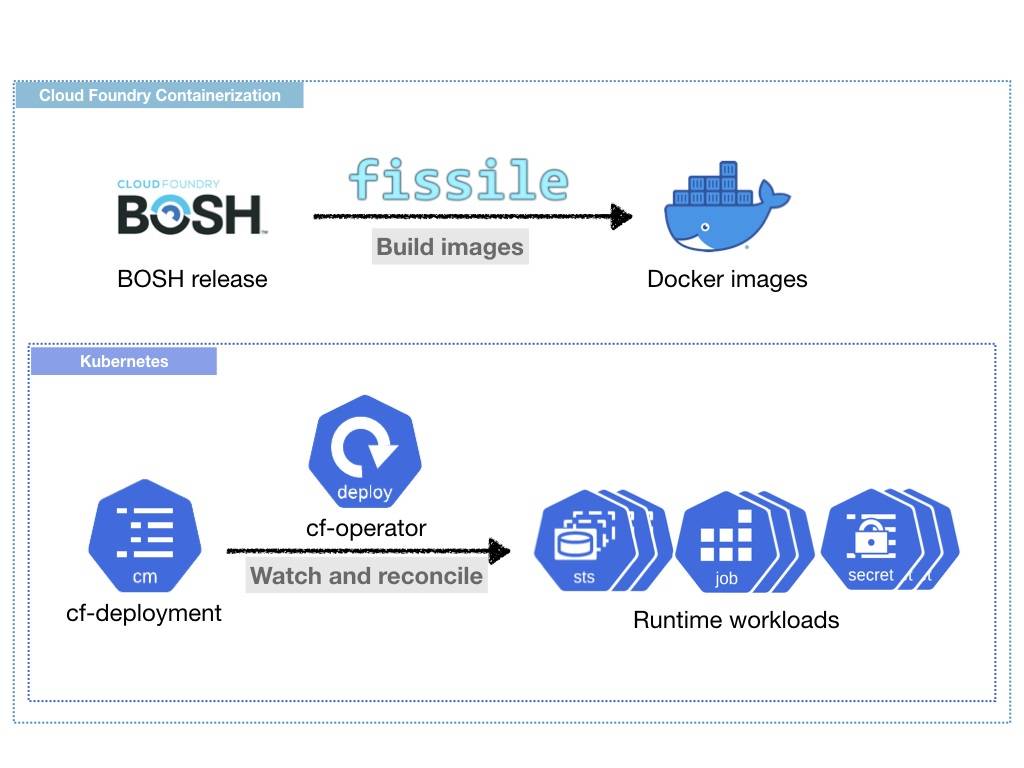 These Kubernetes resources are extended from Kubernetes’ native Job, Secret, and StatefulSet, and add new features, such as a blue/green update strategy for StatefulSet. As a result, cf-operator creates and manages Kubernetes with the custom resources: ExtendedJob, ExtendedSecret, and ExtendedStatefulSet.

Another important custom resource is BoshDeployment. It defines the desired cf-deployment manifest. cf-operator watches it and performs the following actions: 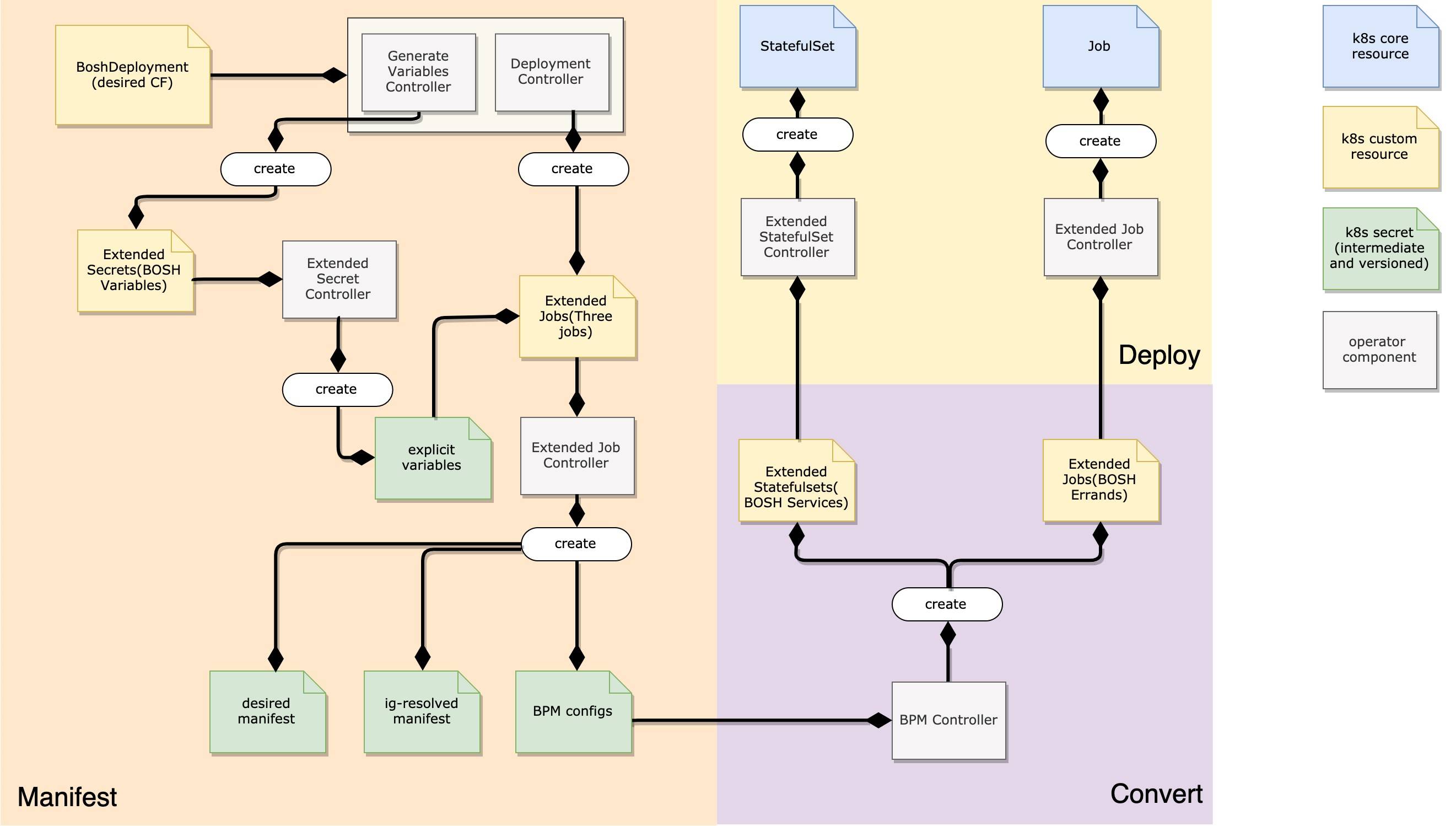 This section shows an example of how to install cf-operator and use it to deploy Cloud Foundry.

As a result, you now have the Cloud Foundry experience on top of Kubernetes. You can easily manage your Cloud Foundry deployment because it is fully compatible with the applications and lifecycle.

By using the cf-operator pattern, you can easily deploy Cloud Foundry on Kubernetes. Note that the community is actively enhancing cf-operator by: